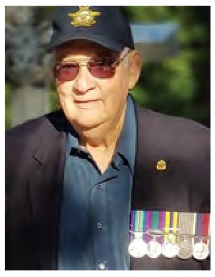 Born in Brisbane, John’s education was completed at Ashfield (NSW) Secondary Technical School, after his family moved to Sydney.
He left school at 15 and joined the RAAF on 5 July 1954, aged 18.
John completed trade training and Armament Fitter training at the School of Technical Training RAAF Forrest Hill, Wagga, prior to joining No.23 (City of Brisbane) Squadron on 25 May 1955 to work on Wirraways and Mustangs at RAAF Archerfield, before 23 squadron was re-equipped with Vampires and moved to RAAF Amberley.  A posting to RAAF Darwin followed in November 1955, where his main task was to maintain air/sea rescue aircraft.  That task was interspersed with duty at Snake Creek ammunition dump, 160km south of Darwin.  He turned 21 while at Darwin.
After 15 months in Darwin, John returned to Amberley before another posting to Wagga to complete Armament Fitters' course in October 1957.  Posted to No.2 Operational Conversion Unit (2OCU), RAAF Williamtown, John was involved in readying the move of Nos.3 and 77 Squadrons, equipped with Sabres, along with No.478 Squadron, to RAAF Butterworth during the Malayan Emergency.
Posted overseas with No.78 Wing and No.3 Squadron in Butterworth in November 1958, John spent two years in Malaya before a brief posting to No.2 OCU, Williamtown, but not before participating in a guard of honour for the Sultan of Johore’s state funeral.  A six-year posting to No.1 Central Reserve, RAAF Kingswood, followed in 1962.
He returned to Williamtown as a Corporal at No.2 OCU and then to No.3 Squadron.  Once again, it was a time of preparation for a move to Butterworth, that time with Mirage aircraft.  Again, John was selected for ceremonial duty, and went to Paris to commemorate the 50th Anniversary of Armistice Day in 1968. 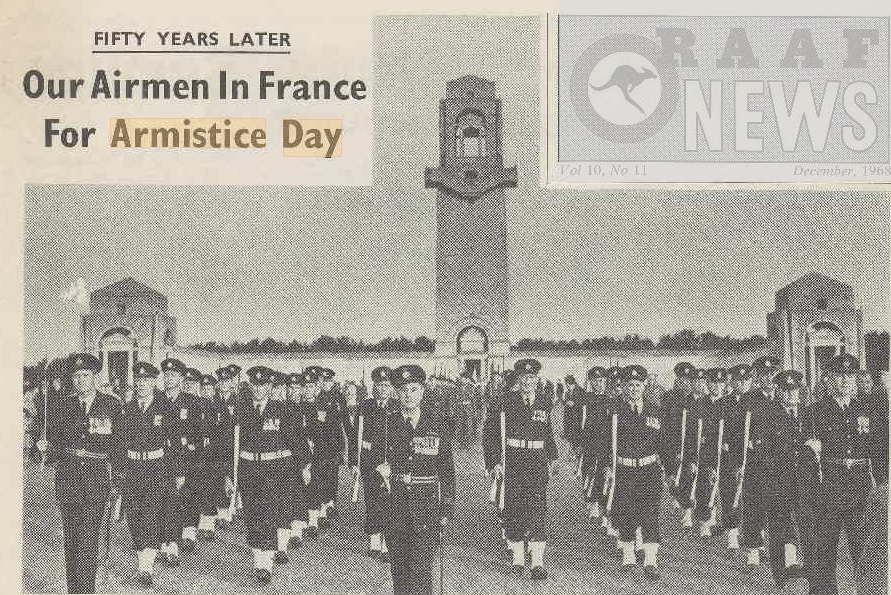 In February 1969, John returned to Butterworth with No.3 Squadron, spending most of his time on the flight line.  A State of Emergency was declared in May 1969, as civil unrest turned violent between the Chinese and Malay populations, a dangerous and demanding time.

He was promoted to Sergeant in 1970.  On return to Australia in 1971, John was posted to No.1 OCU, & Nos 2 and 478 Squadrons, working on Canberra aircraft.
He returned to Butterworth in 1975 for his third tour in Malaysia with No.3 Squadron.  However, soon after arrival he was promoted to Flight Sergeant and moved to No.75 Squadron as SNCO of Armament Section.

Returning to Australia in March 1978, he was posted to Headquarters Support Command and although promoted to Warrant Officer, he elected to resign and left the Air Force on 2 December 1978.
John had an eventful 24-year career,and served during a period of significant change for the Air Force.

[Text with thanks to "WINGS" magazine.]